I am forever collecting quotes. I find them inspiring, thoughtful and at times funny, which is how I have collected over 70 famous dog quotes.

Americans own more than 43 million households have dogs in their homes, according to the American Veterinary Medical Association.

Here's a collection of inspirational quotes all about dogs. Chances are one of these quotes will make you smile or inspire you.

If you've come across any quotes, send them to me. I'd love to add them to the list.

1. "If there is no heaven for dogs, then I want to go where they go when I die."--Anonymous

2. "The greatest pleasure of a dog is that you may make a fool of yourself with him and not only will he not scold you, but he will make a fool of himself too." --Samuel Butler

3. "If dogs could talk, perhaps we would find it as hard to get along with them as we do with people." --Capek

4. "A dog is the only thing on earth that loves you more than he loves himself." --Billings

5. "The dog who meets with a good master is the happier of the two." --Maeterlinck

6. "There is no psychiatrist in the world like a puppy licking your face." --Ben Williams

8. "No one appreciates the very special genius of your conversation as much as the dog does." --Christopher Morley

9."A dog is the only thing on earth that loves you more than he loves himself."--Josh Billings

10. "The average dog is a nicer person than the average person." --Andrew A. Rooney

12. "I've seen a look in dogs’ eyes, a quickly vanishing look of amazed contempt, and I am convinced that basically, dogs think humans are nuts." --John Steinbeck

13. "If your dog doesn't like someone you probably shouldn't either." --Unknown

14. "Old dogs, like old shoes, are comfortable. They might be a bit out of shape and a little worn around the edges, but they fit well." --Bonnie Wilcox 'Old Dogs, Old Friends'

16. "In order to really enjoy a dog, one doesn't merely try to train him to be semihuman. The point of it is to open oneself to the possibility of becoming partly a dog." --Edward Hoagland

17. "I once decided not to date a guy because he wasn't excited to meet my dog. I mean, this was like not wanting to meet my mother." --Bonnie Schacter

18. "No Matter how little money and how few possessions, you own, having a dog makes you rich." --Louis Sabin

19. "Money will buy you a pretty good dog, but it won't buy the wag of his tail." --Josh Billings

21. "Dogs are not our whole life, but they make our lives whole." --Roger Caras

22. "Dogs feel very strongly that they should always go with you in the car, in case the need should arise for them to bark violently at nothing right in your ear." --Dave Barry

23. "The dog was created especially for children. He is the god of frolic." --Henry Ward Beecher

24. "To his dog, every man is Napolean, hence the constant popularity of dogs." --Aldous Huxley

25. "Did you ever walk into a room and forget why you walked in? I think that is how dogs spend their lives." --Sue Murphy

26. "Histories are more full of examples of the fidelity of dogs than of friends." --Alexander Pope

27. "Do not make the mistake of treating your dogs like humans or they will treat you like dogs." --Martha Scott

29. "I loathe people who keep dogs. They are cowards who have not got the guts to bite people themselves." --August Strindberg

30. "I have always thought of a dog lover as a dog that was in love with another dog." --James Thurber

31. "Don't accept your dog's admiration as conclusive evidence that you are wonderful." --Ann Landers

32. "If I have any beliefs about immortality, it is that certain dogs I have known will go to heaven, and very, very few persons." --James Thurber

33. "If you pick up a starving dog and make him prosperous, he will not bite you. It is the principal difference between a dog and a man." --Mark Twain

34. "The reason a dog has so many friends is that he wags his tail instead of his tongue" --Anonymous

36. "Every boy who has a dog should also have a mother, so the dog can be fed regularly." --Anonymous

37. Even the tiniest poodle is lionhearted, ready to do anything to defend home, master, and mistress." --Louis Sabin

38. "Dogs have given us their absolute all. We are the center of their universe, we are the focus of their love and faith and trust. They serve us in return for scraps. It is without a doubt the best deal man has ever made." --Roger Caras

39. "A dog is one of the remaining reasons why some people can be persuaded to go for a walk." --O. A. Battista

41. "A dog teaches a boy fidelity, perseverance, and to turn around three times before lying down." --Roger Caras

42. "The dog has got more fun out of the man than man has got out of the dog, for man is the more laughable of the two animals."
--James Thurber

44. "A watchdog is a dog kept to guard your home, usually by sleeping where a burglar would awaken the household by falling over him." --Anonymous

45. "There's just something about dogs that makes you feel good. You come home, they're thrilled to see you. They're good for the ego." --Janet Schnellman

47. "A dog's bark may be worse than his bite, but everyone prefers his bark." --Anonymous

48. "The ideal dog food would be a ration that tastes like a postman." --Anonymous

50. "There is only one smartest dog in the world, and every boy has it." --Anonymous

51. "Every dog may have his day, but it's the puppies that have the weekends." --Anonymous

52. "It's no coincidence that man's best friend cannot talk." --Anonymous

53. "A dog's bark may be worse than his bite, but it's never quite so personal" --Anonymous

54. "Dogs laugh, but they laugh with their tails." --Max Eastman

56. "I can train any dog in 5 minutes. It's training the owner that takes longer." --Barbara Woodhouse

57. "You think dogs will not be in heaven? I tell you, they will be there long before any of us." --Robert Louis Stevenson

59. "I wonder if other dogs think poodles are members of a weird religious cult." --Rita Rudner

60. "No animal I know of can consistently be more of a friend and companion than a dog." --Stanley Leinwoll

61. "When most of us talk to our dogs, we tend to forget they're not people." --Julia Glass

63. "Any time you think you have influence, try ordering around someone else's dog." --The Cockle Bur

64. "Old Yeller was bought for 3 dollars from a shelter; his real name was Spike." --World Features Syndicate

65. "Disney's "Shaggy Dog" was bought for 2 dollars at a pound." --World Features Syndicate

66. "… none are as fiercely loyal as dog people. In return, no doubt, for the never-ending loyalty of dogs." --Linda Shrieves, Orlando Sentinel

69. "Many dogs will give a greeting grin much like a human smile." --Richard A. Wolters

70. "Intelligent dogs rarely want to please people whom they do not respect." --W.R. Koehler

71. "There is no faith which has never yet been broken except that of a truly faithful dog." --Konrad Lorenz

72. "The old saw about old dogs and new tricks only applies to certain people." --Daniel Pinkwater

73. "I have caught more ills from people sneezing over me and giving me virus infections than from kissing dogs."
--Barbara Woodhouse

Did you see any quotes that spoke to you?

By subscribing to our newsletter, you consent to receive new post updates and occasional promotional emails related to House that Barks.

Previous Post: « 13 Simple Ways To Keep Your Pets Safe On 4th Of July
Next Post: 10 Answers to your Dog Questions »

We are two of the most fun loving, tail wagging, slobbery kisses recipe making dogs you'll ever find.

“As an Amazon Associate I earn from qualifying purchases.” 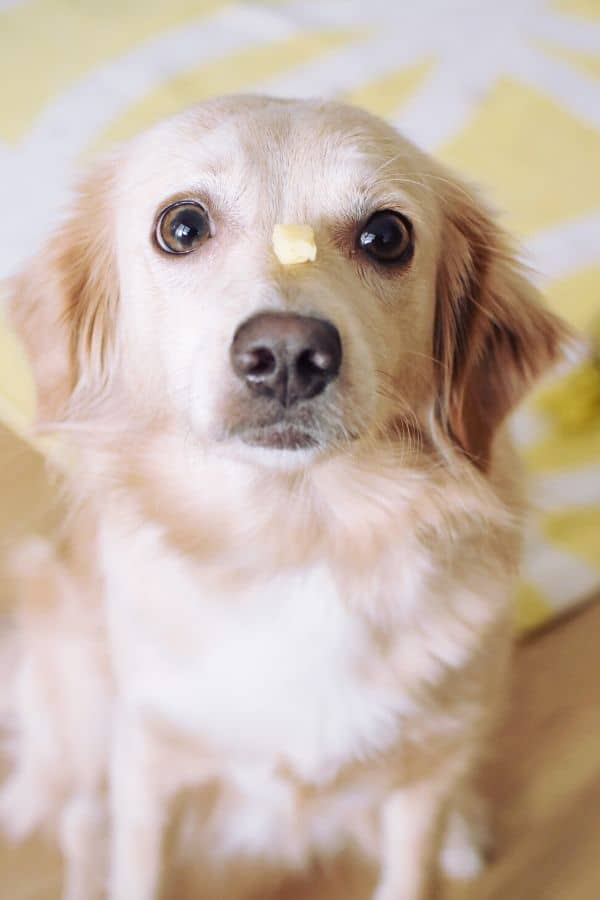 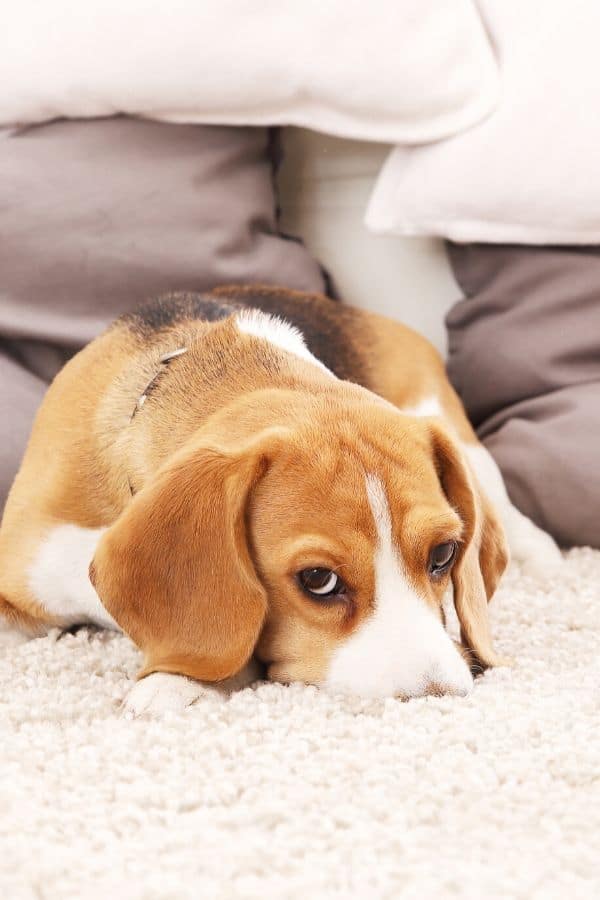 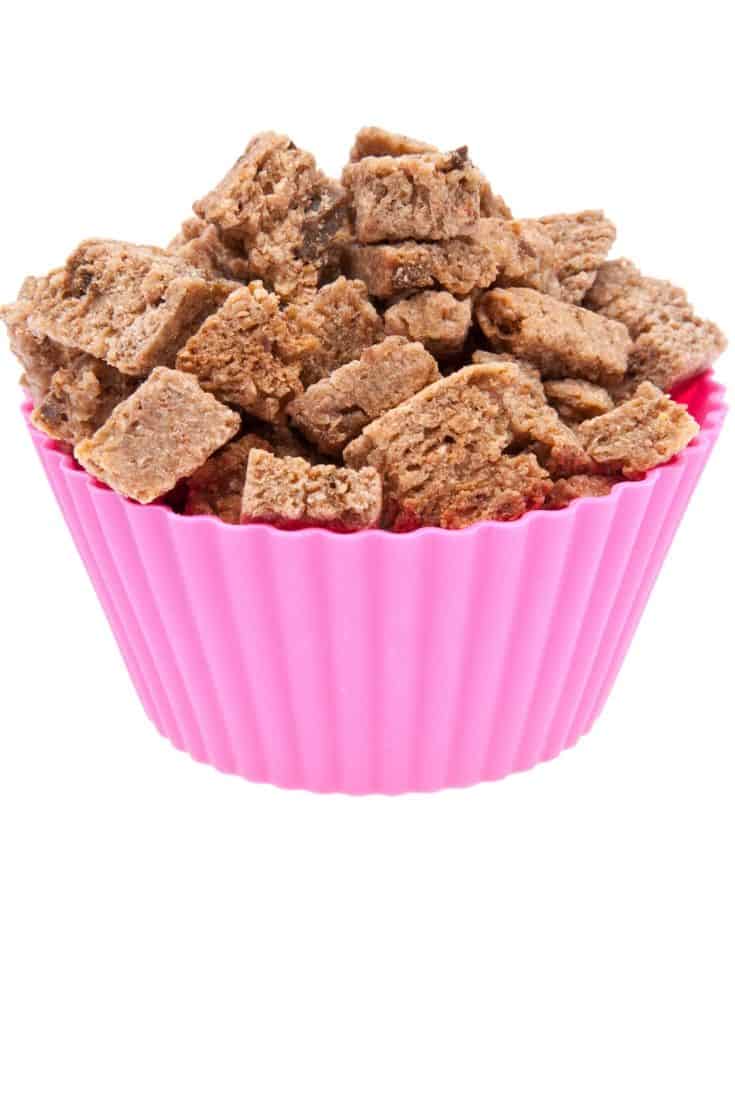 About House that Barks

Ruby and Callie a couple of fun loving spoiled puppies who love testing mom's food and helping her write this blog. 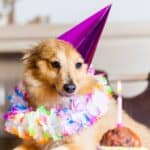 Need some dogs birthday cakes? From cakes to cupcakes we've reviewed them for your dogs. 5 Best Dog Cakes Mixes for Dog's Birthday just for your pups. We all love spoiling our furry companions, especially on a dog's birthday. Dogs are the best! They give us unconditional love, loyalty and affection. We all love our...

END_OF_DOCUMENT_TOKEN_TO_BE_REPLACED 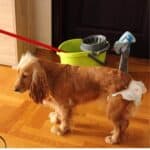 How to handle a dog in heat. Female dogs are "in heat" when they've entered their most fertile part of their cycle. A dogs heat last 2-4 weeks. This is the time a dog can become pregnant. Is your dog in heat or getting ready to go into heat? A female dog’s reproductive cycle, during...

END_OF_DOCUMENT_TOKEN_TO_BE_REPLACED 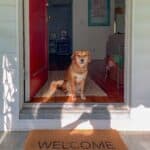 Is your dog shedding? Here are 9 Best House Cleaning Tips for a Shedding Dog. Did you know that 67%  of U.S. households own either a dog or a cat. That’s means every year 85 million families are dealing with a shedding dog.  Spring means blooming flowers and shedding dogs! Doesn't it seem like overnight,...

END_OF_DOCUMENT_TOKEN_TO_BE_REPLACED 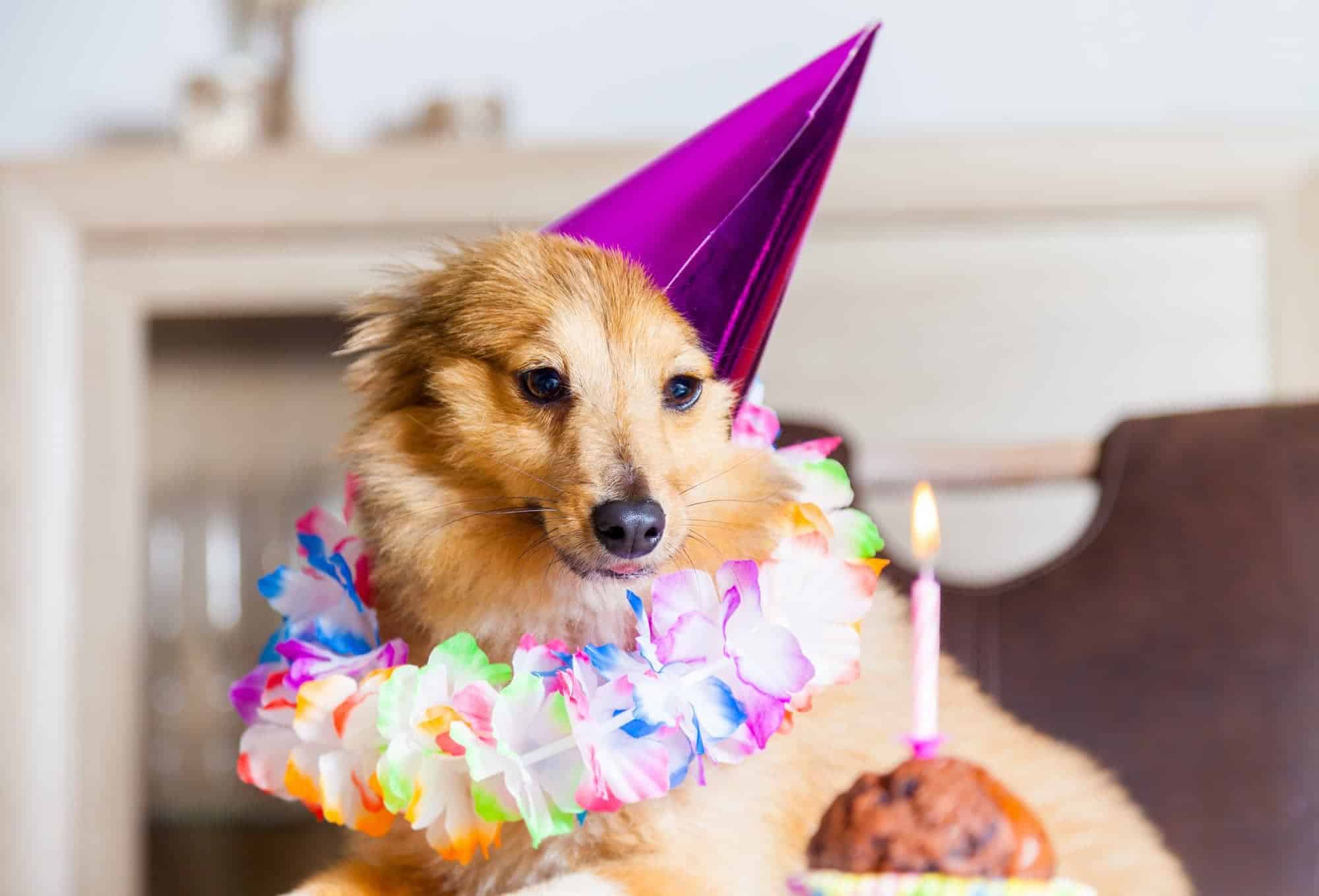 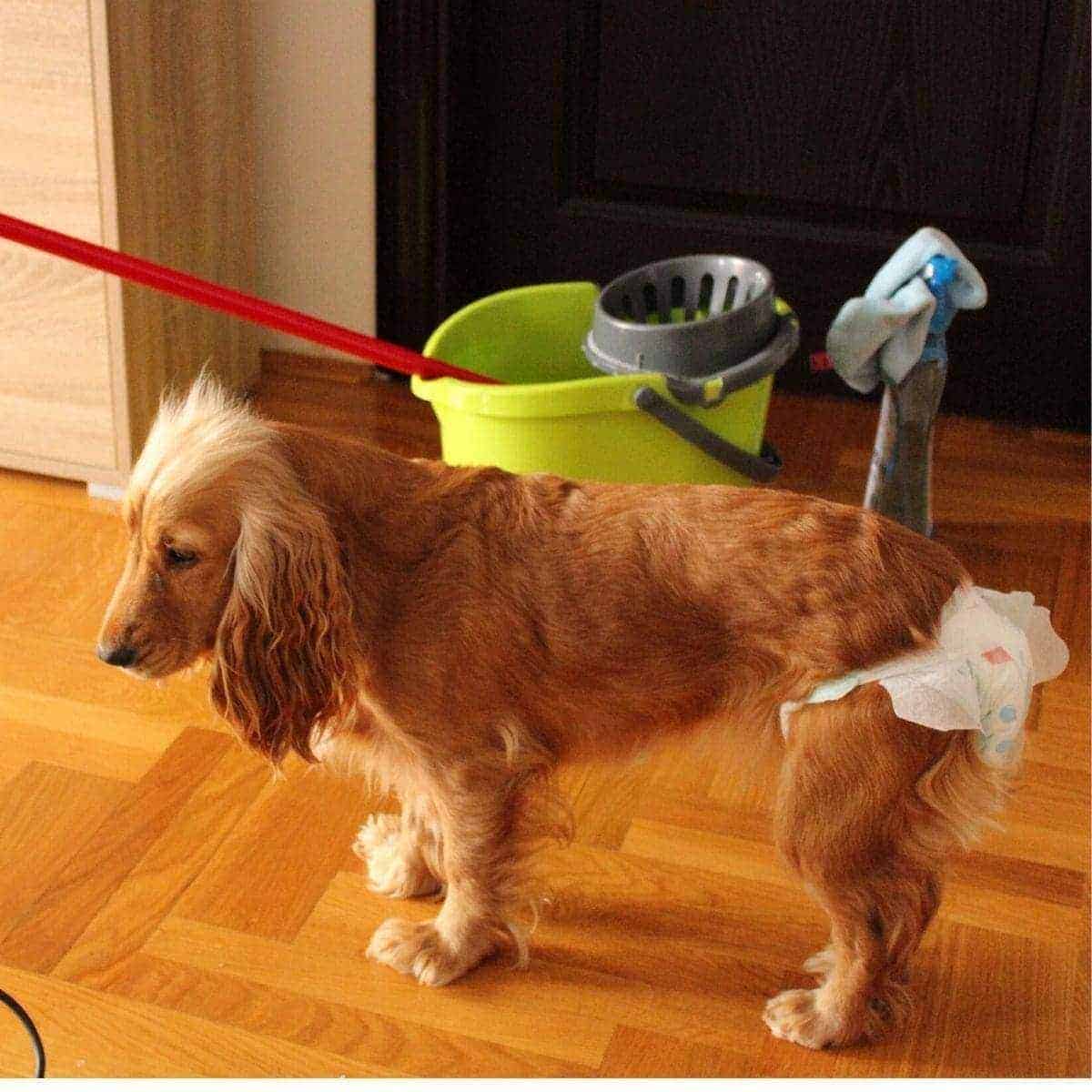 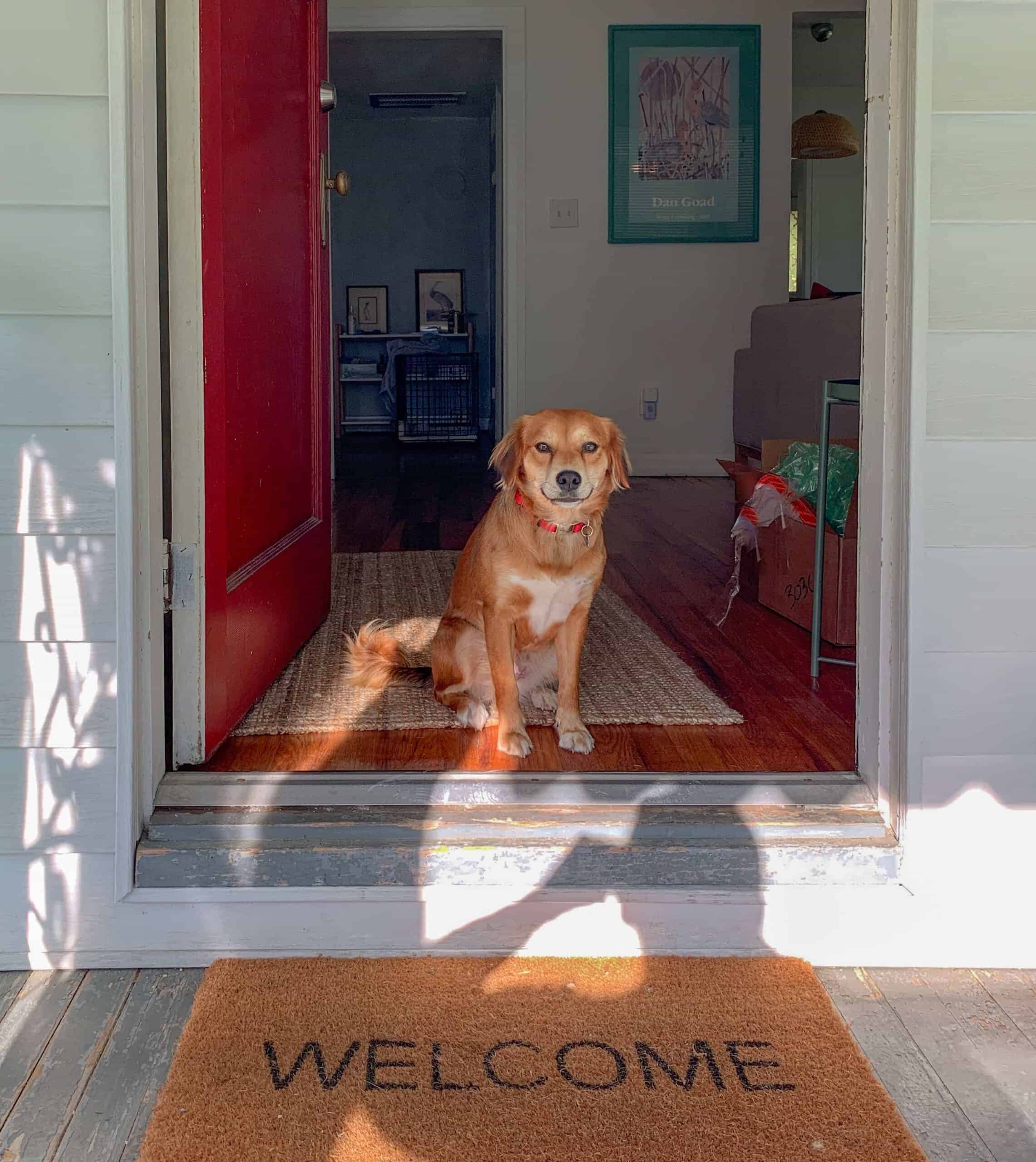 House that Barks is a participant in the Amazon Services LLC Associates Program, an affiliate advertising program designed to provide a means for sites to earn advertising fees by advertising and linking to Amazon.